Studying abroad has given me the phenomenal experience of soaking in every season, which is perhaps one of my greatest takeaways from the first year of university. From inhaling the intoxicating autumn breeze to weathering intense winter blizzards, from being enthralled by splendid spring blooms to enduring seemingly endless summer heatwaves, I render going through the seasons an emotional and aesthetic rollercoaster ride. However much I insist that the weather does not affect my mood, the changing of seasons has brought surprise after surprise to the girl who grew up in the  tropical rainforest climate of Singapore. Imagine my delight to discover that three different shades exist on a single tree, or look out from my library window only to realize that the leaves have disappeared into thin air, or trudge through 26 inches of pristine white velvet which soon turned into hideously dangerous grey sludge puddles, ew.

But let’s start off with spring, because its sheer beauty is simply unrivalled. Every single flower has its own flair, as if whispering its story to you in a language only you understand. The way its stalk bends and petals unfold into delicate shapes makes for a fascinating feast for the eyes. No wonder composer Gian Carlo Menotti reckoned, “Art is the unceasing effort to compete with the beauty of flowers – and never succeeding.” To think I almost passed off the opportunity to visit Brooklyn Botanic Gardens due to a class which ended late! That is why you can never say no to anything – anything – in NYC, for you are almost definitely losing out on something precious.

My most delirious moment of that day was when the guard pointed to the red flower and remarked, “You look like that one.” Why, thank you! Watch and learn, folks, watch and learn. Coincidentally (on second thought, maybe not), Spring is also my favourite segment of Vivaldi’s legendary The Four Seasons. I am utterly obsessed with this recomposition by Max Richter, which is even better than the original to my ears. In fact, Richter has become somewhat of a lifesaver to me in times of extreme sleep drought during Finals week, his tunes lullaby-ing my overactive brain to mellow down every night. The city works you up to a state of experiential exhilaration coupled with physical and mental exhaustion, admittedly a pretty intense yet lethal combination. After all, I did force it upon myself, didn’t I? Winding myself up so tightly it becomes difficult to breathe; every tick of the clock coming as the lash of a whip, every step I take resembling a race against time. Slow down, I tell my footsteps, except its speed seems to be spiralling out my control, much like the quickening of my heart rate. Music and yoga have pretty much become the only reasons I still have reigns over my sanity, though I do not know how much longer I can survive purely on art while being devoid of soul-satisfying human interactions. But I digress. Let’s just focus on the beauty, shall we? 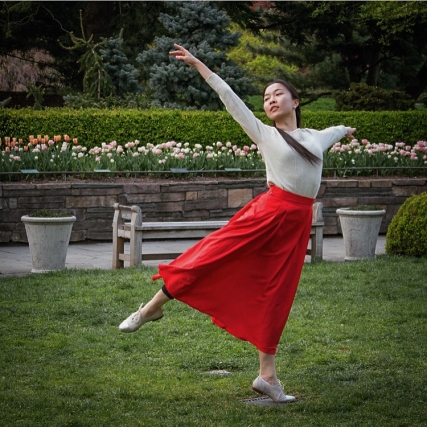 Photography: Plants by me and me by humans

I am a Journalism and Economics student at New York University who grew up in the sunny island of Singapore. My passion for dance, fashion and photography led me to set up this blog to share the creative projects that I work on. View all posts by zikkilin